How I Wrote a Musical 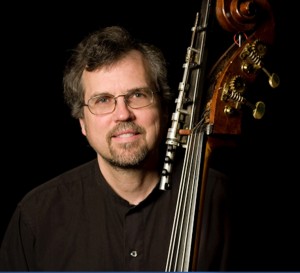 At the age of three, I was taken to see an outdoor performance of Madame Butterfly – or so I’m told. While I have no memory of this outing, I do recall going to many concert halls, theaters, and clubs while growing up amid the cultural riches of the greater Washington, D.C. area. Among the shows I was taken to see were many classic musicals such as Guys and Dolls, South Pacific and Oklahoma!, whose tunes are forever imprinted on my brain. Thanks to the eclectic influences I was exposed to, I have wound up performing, composing, and songwriting in a variety of genres while pursuing my career as a BSO bassist. It never occurred to me to try writing a musical, though, until April 2011 when William Donald Schaefer died.

Schaefer had been Baltimore’s mayor for my first few years in town, before becoming governor, comptroller, and the most famous politician ever to come out of Maryland. The stories of his tireless energy, eccentricities, and mercurial temper were legion, and his legacy was visible all around me. As his life and career were celebrated, a lightbulb went off. Here was a colorful character who cried out to be portrayed in song and story.

Where to start? I remembered his catchphrase, “Do it now!”, and in a short time I made it into a song, which eventually became the title of the show. As luck would have it, I was acquainted with Fraser Smith, a BSO Governing Member and former Baltimore Sun reporter who had written a biography of Schaefer, in addition to many newspaper stories about the quirky leader. Over post-concert drinks he would regale me with stories and quotes from Schaefer’s mayoral career as I furiously scribbled in a notepad. I read Schaefer’s biography and learned of his doting but strict parents, his work as a title lawyer, his entry into politics with the help of furniture mogul/kingmaker Irv Kovens, his thirty-year relationship with Hilda Mae Snoops whom he never married, and much more. Certain aspects of his story called out for songs, so I wrote “I Believe in Baltimore”, “Hilda Mae’s Lament”, “Pink Positive Day,” and many other numbers before I had even lined up a collaborator or had any clear idea of what kind of show this would be.

Eventually, my contacts in the theatre world led me to Rich Espey, an accomplished local playwright and science teacher at the Park School in Baltimore. We both interviewed former associates and friends of Schaefer, and Rich got up to speed as quickly as possible. When writing a musical, the normal course is to lay out the storyline and then decide where the songs will fit in. With many songs already written, Rich had to reverse the process and build his script around my music, which he did with skill and imagination. When I read the scene he had written to set up the “Do It Now!” song, I saw how the magic of theatre could expand my 32-bar ditty into something funnier and more illuminating. I sensed we really had a show in the making.

On the one-year anniversary of Schaefer’s death, we put on a public reading of our in-progress musical at Germano’s cabaret room in Little Italy. Aaron Henkin of WYPR filled in some of the gaps in the script with narration and kept things moving. Critical reaction was all over the map. After a few more months of rewriting and rehearsing we held a second reading at Theatre Project. Among the people who came out that night were some of Schaefer’s co-workers. All indications were that we had a better show, though Rich could still see possibilities for further revision.

The process was not without its setbacks. After our second reading, there followed a period of several years during which Rich and I occasionally discussed the project, new songs and scenes were written, but no further public readings were held. The demands of our professional lives and other creative projects made it hard to keep momentum going on the musical. Our inability to find a qualified director who was available to work with us was another cause for delay.

Then, in May 2015, the Freddie Gray unrest forced us to re-examine Schaefer’s legacy and our musical’s upbeat ending, which we decided no longer rang true. Rich tweaked the script to focus on some of the problems that remain with us despite the progress of the Schaefer years, and we added the song “Two Baltimores.” Much of my work on the material during this time was done on the BSO bus to and from concerts at Strathmore.

Eventually, I was connected to Chris Roberts, a professor of theatre at Stevenson University who was on the verge of retirement. It turned out she had the time and interest to direct a reading of “Do It Now!”, and made Stevenson’s beautiful campus theatre available to us. Two of the actors from our 2012 readings joined us, and my friend Mark McGrath, a veteran of Baltimore’s musical theatre scene, enthusiastically took over the title role. The rest of the cast was assembled from recommendations and audition notices on social media. It took some time to recruit everyone we needed, and cross-checking everyone’s schedules to plan rehearsals took even longer. But during the autumn of 2017, our latest version of the show slowly came to life. The play begins just after the riots of 1968 when Schaefer was chairman of the City Council, confronting the city’s decline and its possibility for renewal. At the play’s end, it is 1985 and he is running for governor while reckoning with his successes and failures as mayor. Arranging, printing out, and practicing the music took up a good deal of time, as our musical had expanded to some twenty numbers. Some cast members traveled considerable distances to get to rehearsals, and I marveled at the patience and generosity of the actors—many quite seasoned—who spent hours working on the project with no promise of adequate remuneration.

At last, the date of our public reading arrived, in the middle of the most severe cold snap of the winter. We were gratified to find a nearly full house on hand, and though the actors were reading from scripts, they and the director had worked out a good deal of stage movement and even dance moves. We also used several projections of locations such as Baltimore’s City Hall and the Inner Harbor to help set the scenes and provide historical detail. The audience response, and the feedback gleaned over the next several days was the most positive of any of our readings, and we felt we were getting close to having a show ready for a fully-staged professional production.

Now I’m impatient for Rich’s school year to end so that we can follow up on our progress. There are a few more tweaks to be implemented, and most importantly we need to shop our musical to local theaters and directors – or raise the money to produce it ourselves. I dream of seeing my vision of seven years ago come fully to life at last. Such a significant figure as William Donald Schaefer deserves to be celebrated anew as he sings, dances, clowns, curses, and tells his story on a Baltimore stage.

Video Clips from “Do It Now, the Mayor Schaefer Musical”

I Believe in Baltimore –
Early in the show, City Council Chairman William Donald Schaefer is musing on the city’s declining fortunes in the wake of the 1968 riot. He feels strongly about Baltimore’s underlying strengths and the possibility of turning things around. Disgruntled citizens interrupt his song, but he forges ahead, finally deciding that he is the one who can lead the city to greatness.

Watch: I Believe in Baltimore

Do It Now –
Newly-elected Mayor Schaefer is trying to shake things up at City Hall. He berates a new staffer who hasn’t followed up on his action memos with sufficient zeal, and lays out his three-word philosophy in the title song. Other city employees join in as if to say “He’s not kidding!”.

Watch: Do It Now

Two Baltimores –
This soliloquy follows a scene at City Hall. The African-American character Dorothy sings of the widening gap between Baltimore’s upwardly mobile and neglected neighborhoods, a problem far outside the realm of flashy new development in the Inner Harbor and downtown.

Schaefer’s Girls –
A doo-woppy girl-group song, sung by the mayor’s loyal female staffers. Despite his wild mood swings they “will follow him anywhere”.