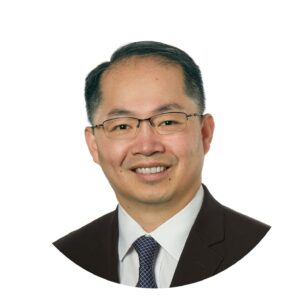 Mark Huang joined the Baltimore Symphony Orchestra in the fall of 2003, appointed by then music director Yuri Termirkanov. Mark is Yuri Termirkanov's only double-bass appointment in history in the United States.

Prior to coming to Baltimore, Mark was a member of the Nashville Symphony from 1998 to 2003.

Along with Charles Barr of the Cleveland Orchestra, Mark Huang is the last pupil of Roger Scott in Philadelphia's Curtis Institute of Music.

Mark has toured Europe, United Kingdom, Americas with the BSO over the years and have performed at some of the most prestigious concert venues and festivals around the world with leading conductors and musical artists of the past and present.

No past without return, deep gratitude to the influence and mentorship of great American bass traditions of Roger Scott of the Philadelphia Orchestra and Curtis Institute of Music, Ralph Jones of the Atlanta Symphony Orchestra, and Lawrence Hurst of Bloomington Indiana.

Off the concert stage, Mark is also a client centric Maryland Realtor providing top level real estate services to area sellers and buyers, he can be reached at HomesWithMark.com.